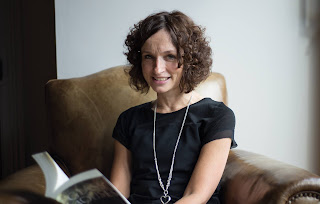 Food - savoury and sweet:
Hmmm? Everything! I like my food. But if I had to choose just one thing it would be paella. The first time I had authentic paella was on holiday in Lanzarote. My husband-to-be had bought my flight for me for Christmas but, to get the cheap deal, we had to be part of a package holiday - complete with 6am wake up calls for bus tours! The group courier was really lovely and very keen to get us ALL involved in the FULL itinerary but hubbie and I were keener on discovering remote bike trails and beaches and just being togevver. We sneaked off one day and stumbled across a little beach shack which was far from the madding crowd, but certainly not lacking in atmosphere. Not a word of English was spoken and there wasn't an awful lot of Spanish coming from us either (just the odd bit of French with an 'o' on the end after a few jugs of Sangria) but we still managed to 'chat' to the locals. We were entertained by an exuberant, traditional live band and flamenco dancers while we were presented with the most enormous paella dish to share. So tasty. It was one of the best, authentic, unplanned evenings of a holiday ever but the next day, so as not to offend the courier, we told her we'd just had a quiet night in…

As for sweet, that has to be Christmas cake, Lindt chocolates and custard. Not all together, of course. Although…[insert Christmas cake pic – our pic (I made it, daughter iced it (!) so no problem with using the pic]


Drink:
Tea and prosecco. Definitely not together.


Film:
So many! The Eternal Sunshine of a Spotless Mind - so clever, so life-affirming. Little Miss Sunshine - oh, how we laughed (and cried). The Truman Show - one of those films of an imaginary world which is getting chillingly closer to our own lives all the time. The Machinist where all becomes clear in the final scenes and thus had me thinking about it for days after. Over Christmas I re-watched, What We Did On Our Holiday which is a very close second to my favourite film of all time. It's another life-affirming, laugh-out-loud tear jerker with the brilliantly acted children teaching the adults a thing of two of what it's all about. But for my all-time favourite, I'd have to plump for Thelma and Louise because it has it all: adventure, laughter, sadness, spirit, friendship and even, a young Brad Pitt.


Book:
So many again! Probably the most influential was The Power of One by Bryce Courtenay because it came after a long hiatus of reading any fiction of my own choice after a disastrous selection of books for English A-level and a less than scintillating collection for my German and French degree. My first boss thought it awful that my education had put off this once avid reader and bought The Power of One for me, saying that if this didn't get me back into reading, nothing would. It worked and I've never looked back since. Its sequel, Tandia, and the film of both are wonderful, too. Maggie O'Farrell's After You'd Gone is right up there as well as one of those tear jerkers which is almost too painful to read. What really pulled me in was O'Farrell's ability to evoke the most raw of emotions so vividly, a trait common to all her later books, too. I'm a huge O'Farrell fan. Also, The Devil's Music by Jane Rusbridge, Perfect by Rachel Joyce, Atonement by Ian McEwan, The Dead Fathers' Club by Matt Haig and everything ever written by Anita Shreve. So many books but I'd better leave it there.

Author: all of the above! If I had to choose, probably Rachel Joyce for her wonderful observation and pithy narration. I think her short stories are fabulous, too.


Character:
Mickey Stone played by Adrian Leicester in Hustle. I'm a sucker for a quick witted character and Leicester is also very pleasing on the eye...

Song:
Breaking Glass by Hazel O'Connor - it sends shivers down my spine every time. It's a brilliant musical and lyrical interpretation of that 'love at first chemistry' moment. My lovely friend, who I don’t see enough, also plays it on the piano and we croon together so it also reminds me of her. Wonderful World by Louis Armstrong always hits me in my stomach, too, as do most songs from the Beautiful South or the House Martins, particularly, A Little Time. But number one for me? Dream a Little Dream by Mama Cass formerly of Mamas and Papas. There have been so many renditions over the years but this is the one which was played and played in my house and I was struck with its melancholic beauty at a very young age. When Jacqui Abbott and Beautiful South produced their gorgeous cover for the film, French Kiss in the nineties, I discovered it all over again. [Insert cover of Dream a Little Dream by Mama Cass] 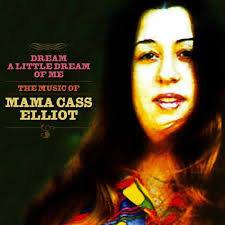 Holiday destination:
My top choice has to be Antigua. It was a work prize, we'd never have afforded or even chosen to go there otherwise, but I can't do better than clichés to describe the beauty of the vast sandy beaches and the green of the sea – not to mention the total loveliness of the people who never stopped laughing and couldn't do enough for us. I have a funny memory of our attempts at pony trekking along one beach, much to the mirth of the tour leaders, but that's a story for another time.

A close second is Vancouver Island. Before we were married, hubbie and I saved up all our holiday and spent a month travelling across Canada on 'stand-by' tickets which were ridiculously cheap, before the days of cheap flights. We fell in love with Canada and the Canadian people. We camped on Vancouver Island for supposedly two days but couldn’t bring ourselves to leave the never ending beach with its constant barbecuing and singing. After five nights we were forced to drag ourselves away.


Animal:
Please don't hate me when I say I'm not much of an animal lover although I am fascinated by monkeys and apes and mesmerised by dolphins. I also fall in love with pretty much anything featured on Planet Earth.


Person:
Aside from my wonderful family and friends of course, probably Michelle or Barack Obama. If the world listened to them a bit more, and to those preaching hate a little less, I think we could all live in a much more harmonious place.


Place to write:
Any coffee shop!


Season:
Can I say, 'the change of season'? I like them all but wouldn’t choose to live where there was little change. Even on the rare occasions we have a long, hot summer, although I've loved every sun soaked minute of it in the beginning, I find myself getting a bit twitchy if it heaves on into October. By then I'm ready for wandering through fallen leaves, and after a month or so of that, it's time for crunchy snow and warm fires. And so it goes on! 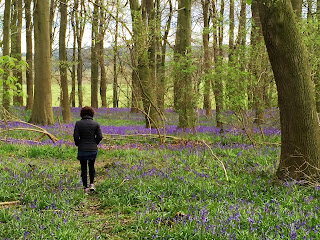 Tradition:
It has to be Christmas. People love to berate the commercialism of it and yes, there is an ugly to side of it. But the essence of friends and family coming together and celebrating life, love, family and friends, whether for religious or other reasons, is, I believe, a lovely sentiment to uphold. 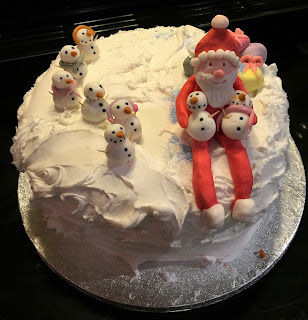 Inspirational quote:
Life's a journey, travel it well! It says it all, really. Thanks to 'Cold Feet' for that.


Thing in the whole world:
Children laughing, actually anyone laughing – just laughing. That's it. It's impossible to be cross or upset when people are laughing.


A bit about me: I'm a writer, editor and teacher of creative writing and just love anything 'writing'. When I'm not writing or reading or drinking coffee or prosecco, or cleaning (which I despise with a passion), you'll often find me running or cycling in the gorgeous Yorkshire countryside. I'm also a bit of a clumsy oaf so if I'm not in the hills, next place to look might be A&E.

I've had short stories published in anthologies and Chase Magazine but my first full length book was Tea & Chemo, (November 2015, Urbane Publications) which came off the back of my blog posts based on my headlong contretemps with cancer. My first novel is Glass Houses (July 2016, also Urbane Publications) and is the story of two women, their stupid mistakes and the ramifications and silver linings which result. [Could insert: Jackie Buxton with Glass Houses; Glass Houses COVER; Tea & Chemo cover] 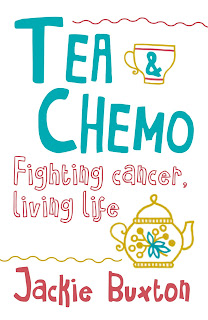 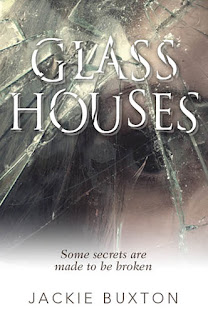 You can find me here – please come and say hello!


Hi Annette, thanks so much for having me on your blog. It's a great idea and I've had fun working out my favourites even if it's really difficult choosing number ones! And I've had a good reminisce in the process (not to mention a little shop of second hand DVDs once I reminded myself of some films I'd love my teenage children to see).
You're very welcome Jackie and thanks for joining us today.