The Sleepover by Carol Wyer 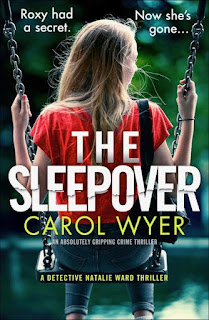 She said she’d gone to a sleepover. But she never made it. Someone must know why…
When Detective Natalie Ward is called to the home of fourteen-year-old Roxy Curtis she can’t help but empathise with Roxy’s distraught mother Cathy. Roxy hasn’t come home, last seen heading next door for a sleepover with her best friend Ellie. As the mother of two teenagers herself, Natalie knows that this is every parent’s worst nightmare.
But when Roxy’s body is found in the basement of a beautiful Victorian mansion on the other side of town, Natalie’s darkest fears are confirmed. What was Roxy doing there? The people who knew her best should know – but Cathy seems evasive, and Ellie refuses to talk. Natalie is determined to find out what secrets they are keeping…
Then Roxy’s mother Cathy disappears.
When her body is found two days later, Natalie is forced to face the fact that Roxy’s loved ones are in real danger. Things take a more sinister turn when Ellie vanishes, her mobile phone switched off. Is Ellie hiding something about the night Roxy died that could put her in terrible danger? And can Natalie work it out before another innocent life is taken?
Gripping, fast-paced and nail-bitingly tense, this book will keep you flying through the pages long into the night. Perfect for fans of Angela Marsons, Rachel Abbott and Karin Slaughter.

Another fantastic thriller from Carol Wyer. DI Natalie Ward is faced with a new case as a girl’s body is found in a burnt out house. Questions are raised as to who was she? What was she doing there? And more importantly who killed her?

Natalie and her team have a tough job as they unpick the clues one by one until they can solve the investigation. For the first time with Carol’s books I didn’t feel any sympathy with the perpetrator, normally I've been able to empathise with them, only slightly, because of what has happened in their past to make them the way they are but not in this case.

Once again we meet a variety of unpleasant characters and each one is shady enough to have been a suspect. The whole story kept me gripped throughout and I imagined how the characters must have been looking over their shoulders, worrying that they'd be next.

I love how Natalie is completely flawed and her family life is a disaster area, she really cant seem to find a work/life balance. I’m enjoying learning more about the private lives of her and her team although her husband drives me mad. This book was left on a cliffhanger in that respect and I’m eager to know more.

Roll on the next Natalie Ward book as I really can’t get enough of them. 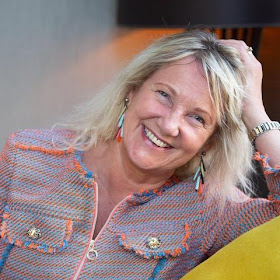 Carol Wyer is an award-winning author and stand up comedian who writes feel-good comedies and gripping thrillers.
Her book, GRUMPY OLD MENOPAUSE won The People's Book Prize Award for non-fiction 2015.
Carol moved to the 'dark side' in 2017 with as series of thrillers. LITTLE GIRL LOST became the #2 best-selling book on Amazon, #9 best-selling audiobook on Audible and a Top 150 USA Today best-seller.
The DI Robyn Carter and DI Natalie Ward series have sold over half a million copies, earning her acclaim as a crime writer.
2019 sees the release of two romantic comedies and three DI Natalie Ward novels, including the much anticipated THE DARE and THE SLEEPOVER.
Carol has been interviewed on numerous radio shows discussing ''Irritable Male Syndrome' and 'Ageing Disgracefully' and on BBC Breakfast television. She has had articles published in national magazines 'Woman's Weekly' featured in 'Take A Break', 'Choice', 'Yours' and 'Woman's Own' magazines and the Huffington Post. 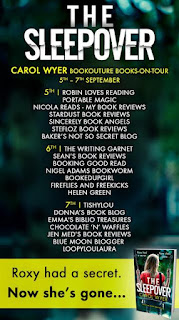